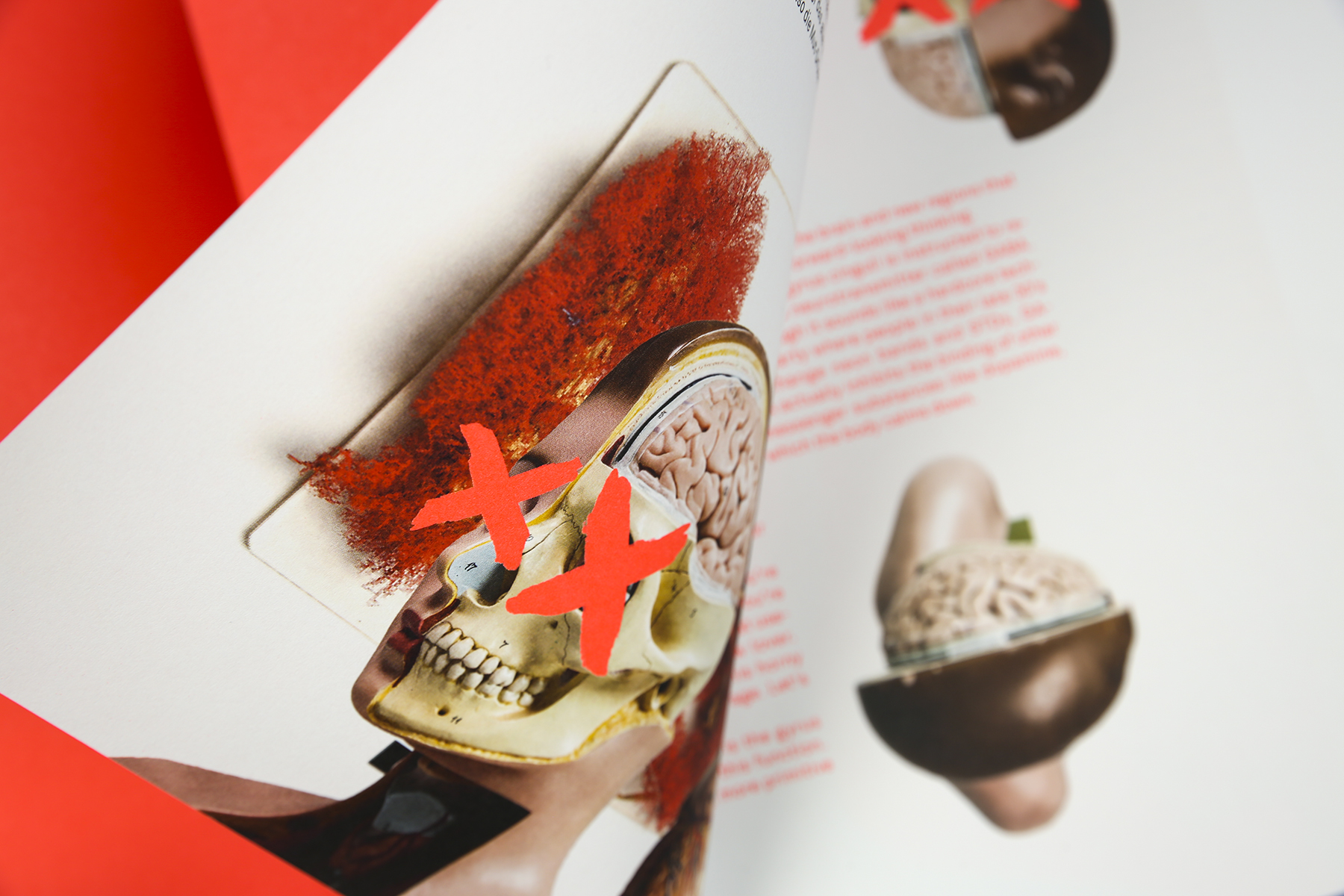 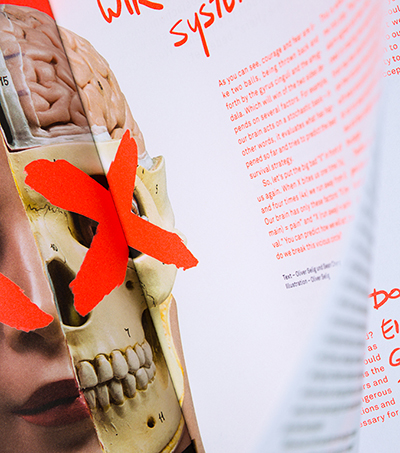 We feature the best articles of the past print editions of our sister-in-crime FORMAT! Oliver's article is the first. He wrote in the 20th issue of the magazine about how fear is created in our body and how we can outwit the body mechanisms. He created the illustrations from photographs he took himself. Enjoy reading!

They told me to write something about courage. Well... here‘s what I found out: courage does not exist without fear. When you fear, you see a variable, “X,” running across the street in front of you, and you just think – „fuck“ – and that’s what your amygdala is thinking too. Your amygdala sends chemicals through the gyrus cinguli signaling that “X” stands for “shit.” So, when your amygdala screams „fuck“, it means that it’s telling your kidney to produce adrenaline, making your heart beat faster. At that moment, your whole body is trimmed to escape.

So that’s what goes on when you’re afraid, but what helps you when you’re running away from your Ex isn‘t that useful when you‘re dating your new lover. What we do need is some of this great stuff that everyone calls courage. Let‘s milk the courage glands!

Almost. In actuality, it is the gyrus cinguli that takes care of this function. It is a link between older, more primitive regions of the brain and new regions that allow for forward-looking thinking.

When you fear, you see a variable, “X,” running across the street in front of you, and you just think – „fuck“.

The gyrus cinguli is instructed to release a neurotransmitter called GABA. Although it sounds like a hardcore techno party where people in their late 30’s exchange neon bands and STDs, GABA actually inhibits the binding of other messenger substances like dopamine, which the body calms down.

As you can see, courage and fear are like two balls, being thrown back and forth by the gyrus cinguli and the amygdala. Which of the two sides will win depends on several factors. For example, our brain acts on a stochastic basis – in other words, it evaluates what has happened so far and tries to predict the best survival strategy.

This is where external influences come into play. They make us ignore the alarm signals and take risks. If we succeed in creating new experiences, our brain has new empirical values which it can then include in the calculation. Thus, with every encounter with “X” where we do not run away and do not suffer pain, less and less courage is needed to face the danger. 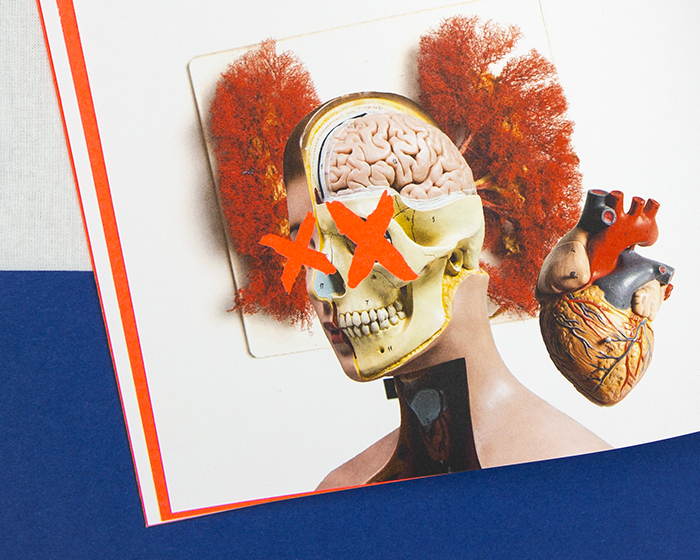 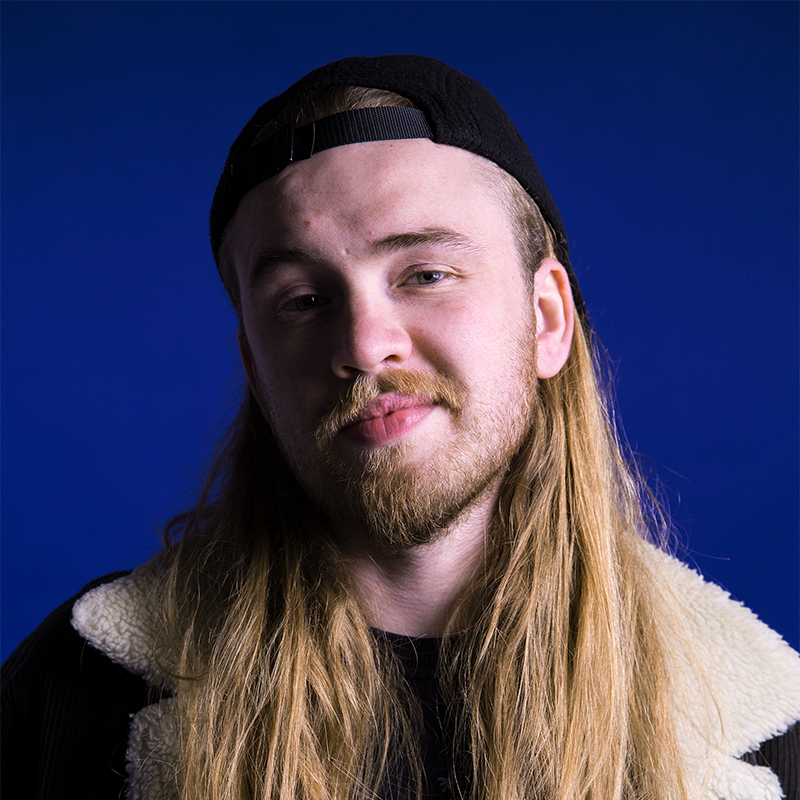