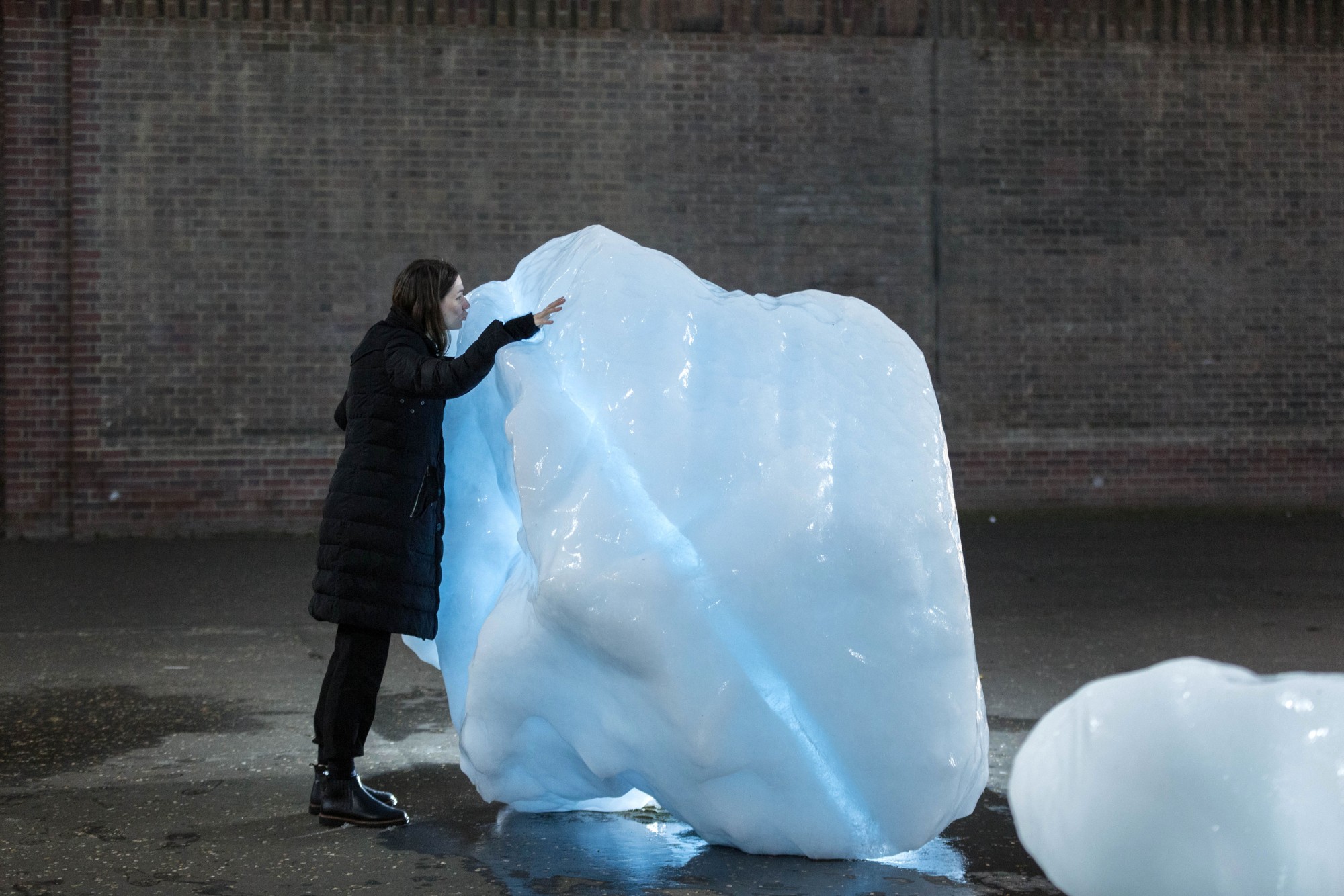 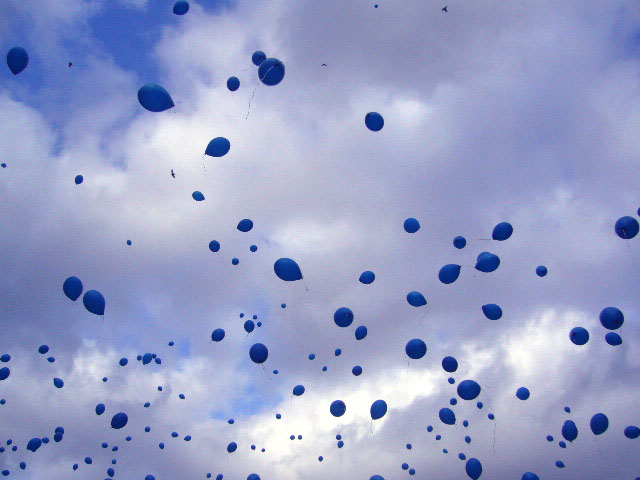 What comes to mind? Which taste and what kind of consistency could it have? In this article, I share some of my thoughts and explain a phenomenon called Synesthesia.

Nature provides a wide range of colors that we find on our daily plates. Different pigments are responsible for various color spectrums. We instinctively associate colors with tastes. We associate a light red with a fruity taste, a darker red with a more spicy flavor, a delicate green–lemon aroma, and a bright yellow with a sulfurous taste.
Colors help us decide what we want to eat: Red for tomatoes, orange for carrots, and green for cucumbers or avocados. Even with white plants, we can assume a feeling also if they do not contain any color pigments (e.g., garlic, fennel, or onion).
Now think of a blue taste. What kind of food comes to mind? Why do we find it much more difficult to associate food or flavor with the color blue?

“Blue is – except in the sky – relatively rare in nature.“
Goethe had already noted this in his theory of colors. Above everything else, blue reminds us of the sea and sky, the most abstract aspects of tangible and visible nature.
Even animals that have blue feathers or scales have no blue pigment. Instead, they carry tiny structures on their surface that scatter, bend and refract light in such a way that only blue light reaches the eye of the beholder.
Even in the plant kingdom, there is only one class of pigments that produce blue. Also, for this blue, nature has struggles to create. The chemistry behind the color of cornflower blossoms or sage blossoms is complicated.

“Plants do not collect food; they produce it. Unlike animals and humans, who can only search for food, plants are food factories that produce what they need before they feed and digest. - Albert Howard (botanist) “The Soil and Health.”
In a nutshell, plants feed on water, minerals, carbon dioxide, and sunlight. To convert sunlight into edible energy and produce oxygen, plants use photosynthesis. Each cell inside a leaf contains a pigment to absorb sunlight. Light includes a color spectrum. To absorb light, different plants have different dyes, which are coloring the plant. Chlorophyll creates green color, carotenoids: yellow, orange or red, betalains: Yellow, and anthocyanins: bluish-red tones.
When something appears blue, the pigment absorbs the red light, and we see only the reflected residual light. Red light is the least energetic light in the visible spectrum. Because red light is rare, blue pigments are more work for the plant, so blue pigments are unique.

The blue of the sea or the sky is not an option. Furthermore, the blue in algae, flowers, berries, bacteria, or fungi usually is not blue – but appears to us as it would. Healthy blue food does not exist yet, because the color agent hardly occurs in nature.
The ancient Egyptians produced the dye artificially or used ground lapis lazuli about 4500 years ago; both ways were complicated and expensive. The complexity of the production was probably why the ancient Greeks and Romans used to color only rarely.
In former times people did not even have a fixed word for blue; they used different expressions to describe it. Even in the early Middle Ages, poets still described the sky as white, red, or golden, but never as blue. In the 12th century, the church discovered the color, a sign of the air. Indigo blue is an extract from the plant “woad.” Soon the color became a trend, and the European nobility dressed in blue. It was not until the end of the 19th century that scientists succeeded in producing the color blue artificially. The invention of the artificial pigment “Prussian blue” opened up new possibilities for painters and dyers. Just as importantly, the Painters and dyers introduced a new color symbolism. The color blue was given first by finally declaring it the color of progress, lights, dreams, and liberal thoughts.
According to surveys, blue has been the favourite color of more than half the population in Europe and the USA for around 100 years. Blue across the entire color spectrum is probably the most frequently worn fashion color. “Blue jeans” are the best-selling fashion item. The color is almost everywhere, but there is only one area where blue has not yet conquered: Food.

The industry needs a pure blue pigment to guarantee a complete and broader color spectrum. Until a natural stain is found that covers the market, artificial colorants are in use. Probably the most commonly used dye is brilliant blue, E133. The pigment is found, for example, in blue M&Ms or the potency pill Viagra, in sweets such as chewing gum and drinks, cake glazes, yogurts, puddings, and some cereals. The second dye is E132, or indigotin, closely related to the denim dye indigo. And then there is patent blue V, E131. This molecule is used to color glazes and numerous foodstuffs. It is the blue of the Blue Curaçao liqueur. However, all these substances are classified as hazardous to health.
Food giants such as Coca-Cola, Mars, or Nestlé want to switch to natural colorants, but there is no colorant suitable for food. There is an extract of the spirulina algae. The color from spirulina algae tends to be greenish, while a dye from beetroot is more reddish or purple.

Therefore, the natural pigment would be worth hundreds of millions of euros.

Johannes Itten, the founder, the color type theory at the Bauhaus, had the ability of synesthesia. Synesthesia is thoughts and images that can be visualized as geometric shapes and colors. The color blue seemed round to Itten because it evokes a feeling of relaxation and movement. The circle corresponds to the color blue because it is a symbol of “constant movement.” The painter Wassily Kandinsky was also concerned with which forms and characters specific colors could have. The three primary colors, red, yellow, blue, and their connection to the necessary forms square, triangle, a circle formed the starting point for his theory of colors. Kandinsky not only connected the colors with the characters, but he was also able to hear them. The color yellow sounded to him in high and penetrating tones. The color blue, on the counter, expressed the deep and dark.

You cannot be sure that the color blue appears to everyone as the same blue. When we eat, we also consume impressions like color and smell. Ouspensky (esotericist) - “in search of the miraculous,” says, “the human organism receives different kinds of food 1. the food we eat, 2. the air we breathe, 3. our impressions” - According to Ouspensky, the most important food to consume is the impression we have.

At the artist marathon 2009, 34 different artists from the Berlin area met at the "Institut für Raumexperimente" to cook. They formed groups according to their working methods or related media. Each group was assigned a specific color code. One day the lunch consisted only of white ingredients, and on another, all dishes were pink, green, or even orange. During lunch, the participants challenged themselves to consider “I eat orange” instead of “I eat carrots.”
They noticed that the color in the food first enters our body through the mouth. It expands between the tongue and teeth. Then it flows through the throat into our esophagus, from there into the stomach, and mixes with acid.
The small intestine enzymes and the bacteria of the large gut finally are breaking down the color. In this way, the color mixes and integrates within the body.

In conclusion, blue is only a pigment. It has no smell or taste of its own. Colour influences us because they arouse emotions and leave room for our imagination. Linked sensory impressions are part of everyday perception and happen somewhat unconsciously to those who are affected. The colors we associate with emotions are very individual. If a banana has a brown color, this could be a signal of “disgust” for one person, but for another, it can mean that it is “sweeter and better than before.”
It does not matter what blue tastes like. What matters is what we expect the blue to feel. Tasting blue ice cream, Germans would expect an undefined tutti frutti marshmallow flavor. Italians think of refreshing, refreshing mint.
Therefore the answer to how blue tastes is relative varies from person to person or, furthermore, from culture to culture.

It does not matter what blue tastes like. What matters is what we expect the blue to feel. 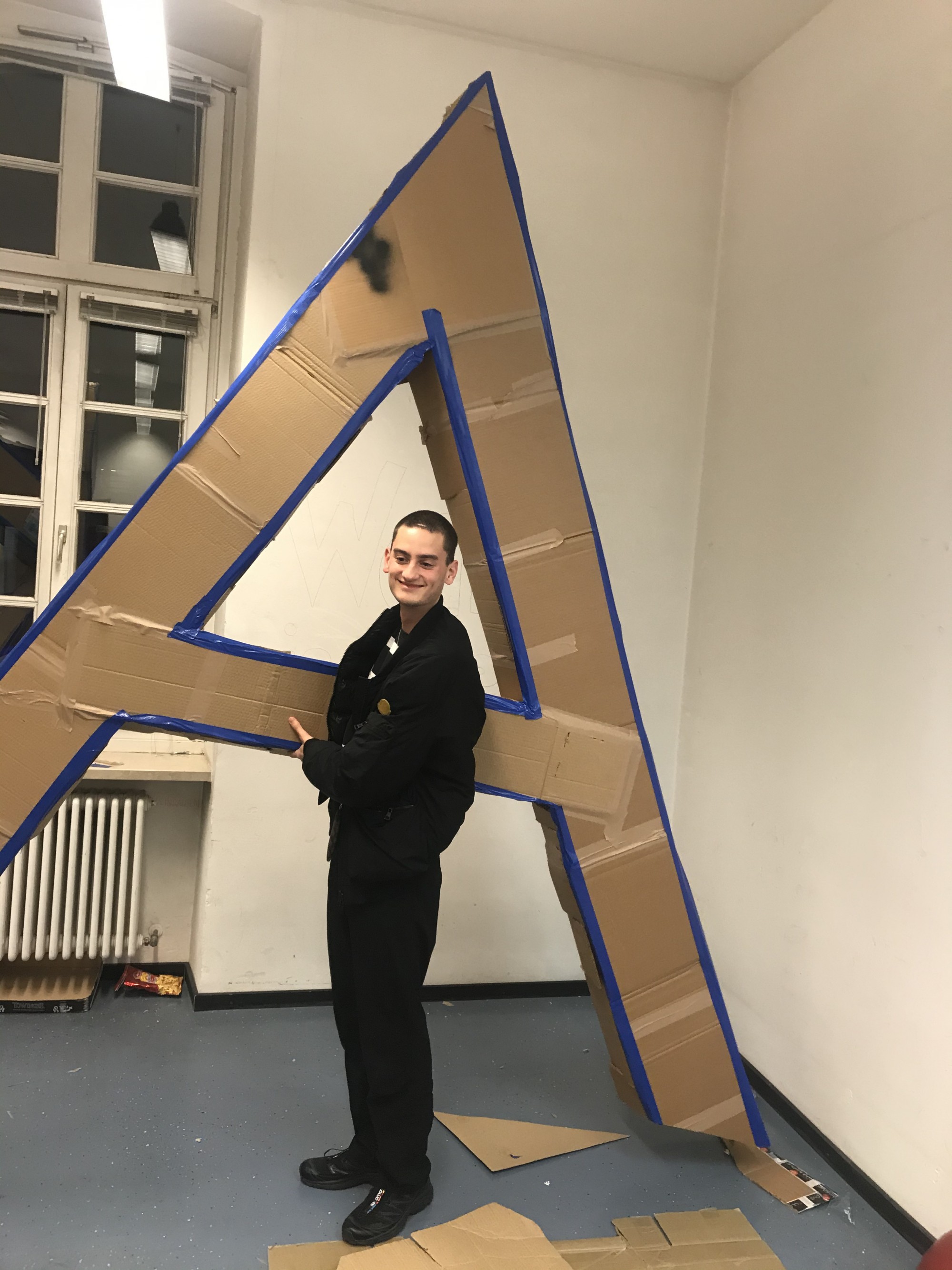