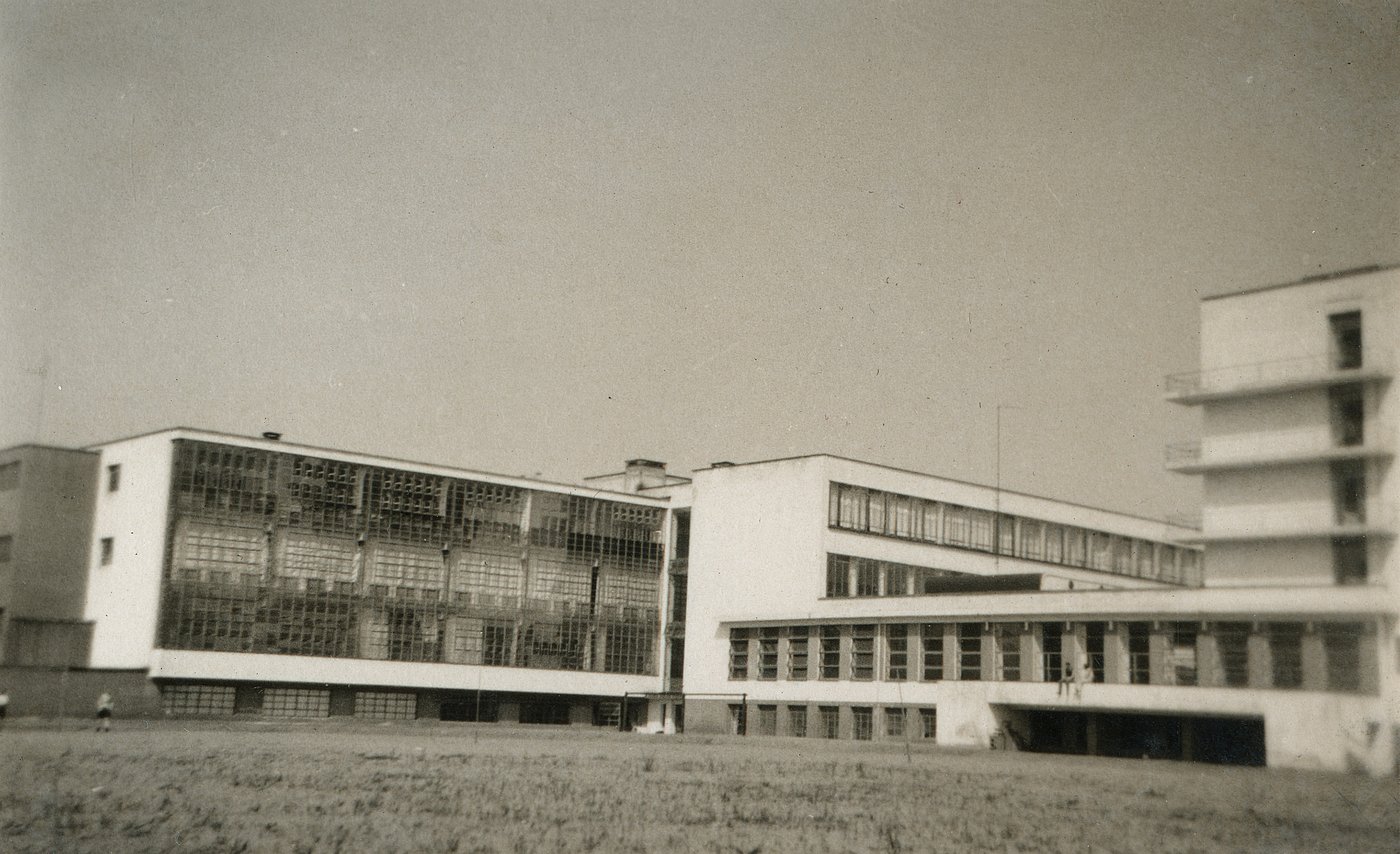 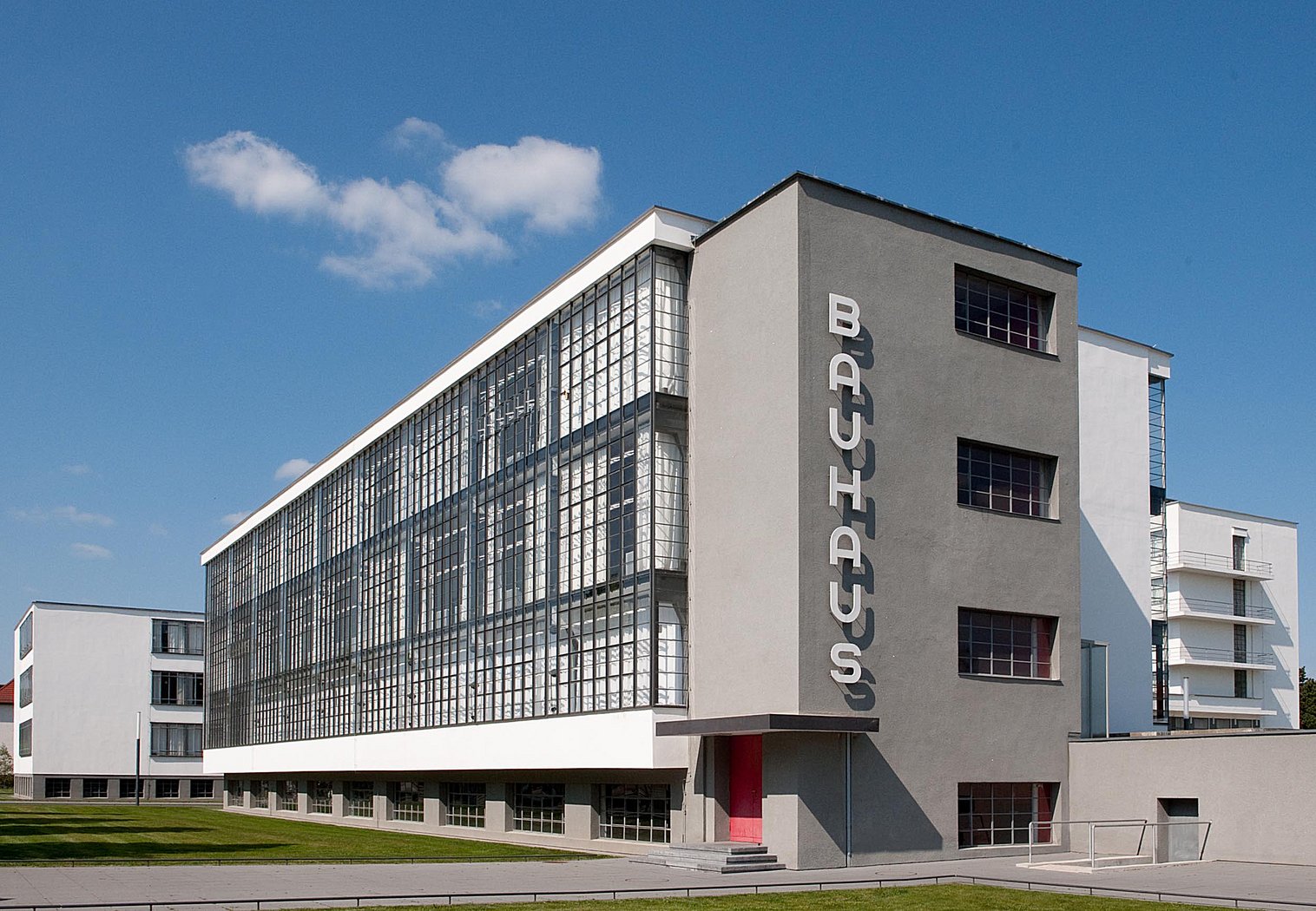 This essay tells the story of a radical and influential idea that changed the world. What was it like being a student at the Bauhaus? What of the Bauhaus' ideas and ideals remain to this day? Where can you find them? Also: why haven't you started reading it yet?

It is the year 1919. You are in a country that just lost a war and everyone is up for a new beginning. You have this idea, maybe it’s just a hunch, something you want to explore. You want to rethink the way humanity does things, (And I do mean basically everything.) in order to prevent the disaster “war” from happening ever again. Many people think like you, think something must be changed. Not many people know what and how to do it though. So, being a knowledgeable architect with strong opinions, you start with what you know most about and work your way through the topic step by step: You found a school.

The Bauhaus Dessau, also known as the „Bauhaus - Hochschule für Gestaltung Dessau“ was founded by the architect Walter Gropius in Weimar 1919 as a combination of 2 schools: The “Großherzoglich Sächsische Hochschule für bildende Kunst” and the “Kunstgewerbeschule“ Weimar. It was founded on the Idea of dropping all that was known about design and rethinking everything. It was to shape the future of architecture as an answer to the industrialization of the world. How do you make things? How do you modernize building? How do you modernize creating, drawing, socializing and teaching? All these subjects were united and viewed as a whole and almost radically rethought.

Students at the school lived a healthy life, doing sports on Bauhaus grounds and eating healthy at the Bauhaus Mensa. At the Bauhaus theater talks were held, concerts were given and exhibitions were organized. For a few years, everything was fine.

It is still shocking to me that the school itself only existed for 14 years: 1919-1924 in Weimar, 1925-1932 in Dessau and 1933 in Berlin. It had a tremendous impact on the 20th century, an impact so huge it could not be caused by propaganda or by organization, but only by an idea. A radical idea. An idea that politics of the time did not resonate too well with, sadly. An idea that ultimately was so extreme, it meant the end of the experiment Bauhaus.

You see, in the year 1932 an extremist group rose to power. Those fed up from the misery the winning powers of the first world war have thrown them into radicalized themselves. The NSDAP. The ideals of the NSDAP were very much in conflict to what the people of the Bauhaus believed in, as the school’s students had political views that were not secret at all. On the 22nd of August all the financial support from the city of Dessau for the Bauhaus was cut by the city council of Dessau, as the biggest party of the newly elected council was the NSDAP. As a consequence, the school was unable to operate any longer in Dessau. The only people objecting to the vote of the NSDAP against the continuation of the school were Fritz Hesse, the Mayor of Dessau, who had originally brought the Bauhaus to Dessau when it had to move in 1924 away from Weimar where it had lost support and the SPD, a few months ago very much in favor of the Bauhaus, now abstained, indicating they were forced to do so by actors behind the scenes.

This was the beginning of the end. The Nazis cut the funding, made the Bauhaus unwelcome in Dessau. It was brutal I imagine, seeing the people who once supported you now being unable to do anything about the horror that is about to happen. I don’t think I can imagine what the students and teachers must have felt. Wanting to do something to at least continue in some way, Ludwig Mies van der Rohe decides to continue the school as a private school and rents a building in Berlin-Steglitz and has it renovated to fit the school’s needs. Most of the teachers followed him to the new location and most of the students did so as well.

But sadly, it was not to be. The school was searched at the beginning of the summer 1933 semester, on the 11th of April 1933 to be exact. Police went into the building in Berlin and arrested 32 students. The GeStaPo even wrote an open letter on the 21st of July 1933 on how to continue the school, if at all, in which they talked about who to replace as a teacher, and why:

Wassily Kandinsky and Ludwig Hilberseimer are to be replaced by teachers whose beliefs align with the NSDAP’s views and ideas, the new curriculum was to follow the high standards of the Nazis.

This was the end of the Bauhaus as a school. Most of the known teachers of the Bauhaus emigrated to other countries in the following years, fleeing the Nazis. Some of them even founded new schools: The “new Bauhaus Chicago” for example was founded by László Moholy-Nagy and aimed to continue what had been started in Germany but continuing with a focus on philosophy rather than inexpensive, practical design.

Let’s focus on a core question the people at the Bauhaus asked themselves: How do you make furniture accessible for everyone? The idea was to design a way of living whose standards were higher than before the first world war and make it accessible for anyone who wanted. So, focus was put on simplicity and ease of manufacturing. That sounds familiar, doesn’t it? IKEA’s furniture is accessible to most people nowadays, it’s inexpensive and easily manufactured. It may not be designed as well as Bauhaus furniture, but still, there is some Bauhaus-DNA in there.

Another part of Bauhaus-idea also survived: A new way of living. There is this little company from California you may have heard of before: Apple. Apple’s main talking points convey an idea of living, an ideal standard of luxury, simplicity and beauty, very much like the Bauhaus products did. Even Apple’s main Building at Apple park in San Francisco has a lot of things in common with the Bauhaus: It uses high amounts of glass, the supports of the Building are separated from its facade and focus is put on transparency, exactly like that building Walter Gropius designed in 1924 that still stands today.

I’m talking as if the Bauhaus survived the Nazis, so did it even really end?

That’s a very interesting question. Sure, the experiment ended 1933 when the NSDAP was empowered and forbid the continuation of the design school. But nowadays if you go visit Dessau you will see that the Bauhaus still exists, the building at least. The main building with all its six parts. The “Meisterhäuser” – the houses where the professors lived with their families also still stand. There even is a television series being broadcast live from the Bauhaus theater once per week, people seem to do work in the building. But what we see today is just what was rebuilt from ruins in 1976 when the German Democratic Republic staged the building and its ideas as the new center for design and what was restored between 1996 and 2006 after Germany was reunited.

So the building is still going strong. The idea though… Is it still there? Does anybody know about this weird absurd experiment some architect from 1919 decided to create a school around? As I already implied: Yes. The idea is still there. The Bauhaus Museum preserves the students’ works from the active years of 1919 to 1933, the main building as well as the “Meisterhäuser”-Buildings and you can still visit them today and experience the way people thought the future was headed back in 1920s. To this day you can still buy the famous Bauhaus wallpaper. You can still buy chairs, lamps, clocks, toys, … you name it. The method of rethinking everything has become part of modern design. It has become a foundation of modern design thinking and is being taught in modern design schools.

There is a sad part that is very contradictory to the original Bauhaus philosophy though, that did not survive in the original products. The Bauhaus Products have become expensive. If you want to buy an original Bauhaus chair for example, you have to pay 950€. I wouldn’t call that “accessible for anyone”. But the reason behind this is very simple: There are not as many Bauhaus products being manufactured today as there were back in the day. The assembly line is not there anymore because the original designs may be timeless, but not in trend at the moment. New, other designs and products have been developed that are cheaper and that more are being built of. This is logical though, and I don’t think this could have been prevented. People’s tastes change and that is fine.

I say the Bauhaus is still alive. No Nazi and no world war could kill it. I say it was a resounding success and still is very present today in the minds of many. Although it may have struggled and it may have looked like the Bauhaus was indeed destroyed, the idea survived and the buildings were rebuilt. So, in fact, the Bauhaus did not die. You can’t kill a good idea, without killing everyone that ever knew about it, which luckily is not something the Nazis succeeded at although they certainly tried.

The views and Opinions are my own, and I hereby verify this essay was written by, and only by, myself, Katharina Neugart.

Yes, I sat in a train, went to the Bauhaus Building and had a look around.

History of the Bauhaus 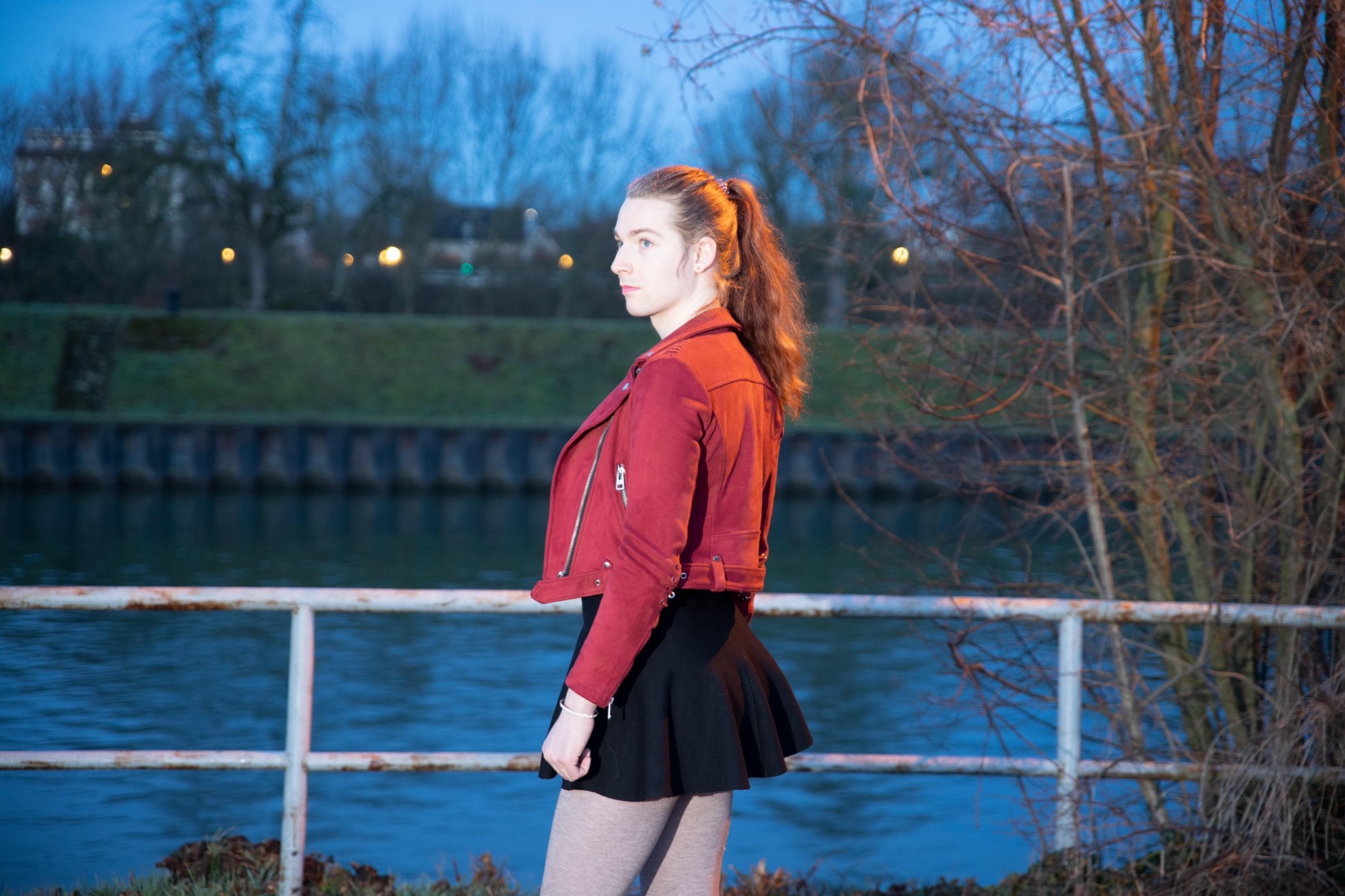 My work experience in the North